Your ultimate guide to finding the best instant coffee... from microground to freeze-dried

Boiling water. A spoonful of coffee granules. Your favourite mug. Then stir. No intricate machines; no grinding or steam rising. No burning the beans. It’s so quick; they named it instant coffee: the simplest recipe around.

Whether you’re swilling it down with buttered toast or sipping a flask out on the trail, instant coffee has become a hallmark of modernity. But, in a world of self-declared coffee lovers – with a barista on every corner – instant coffee gets a bad rap.

Despite the speed and convenience, you sacrifice an all-important factor: taste. Or so the story goes.

Now a new generation of instant coffees is questioning our old assumptions. Armed with the latest technology, they’re proving that convenience doesn’t mean sacrificing quality. It’s nothing short of an instant revolution.

What do you want to learn more about?

TYPES OF INSTANT COFFEE
BATTLE OF THE BEANS 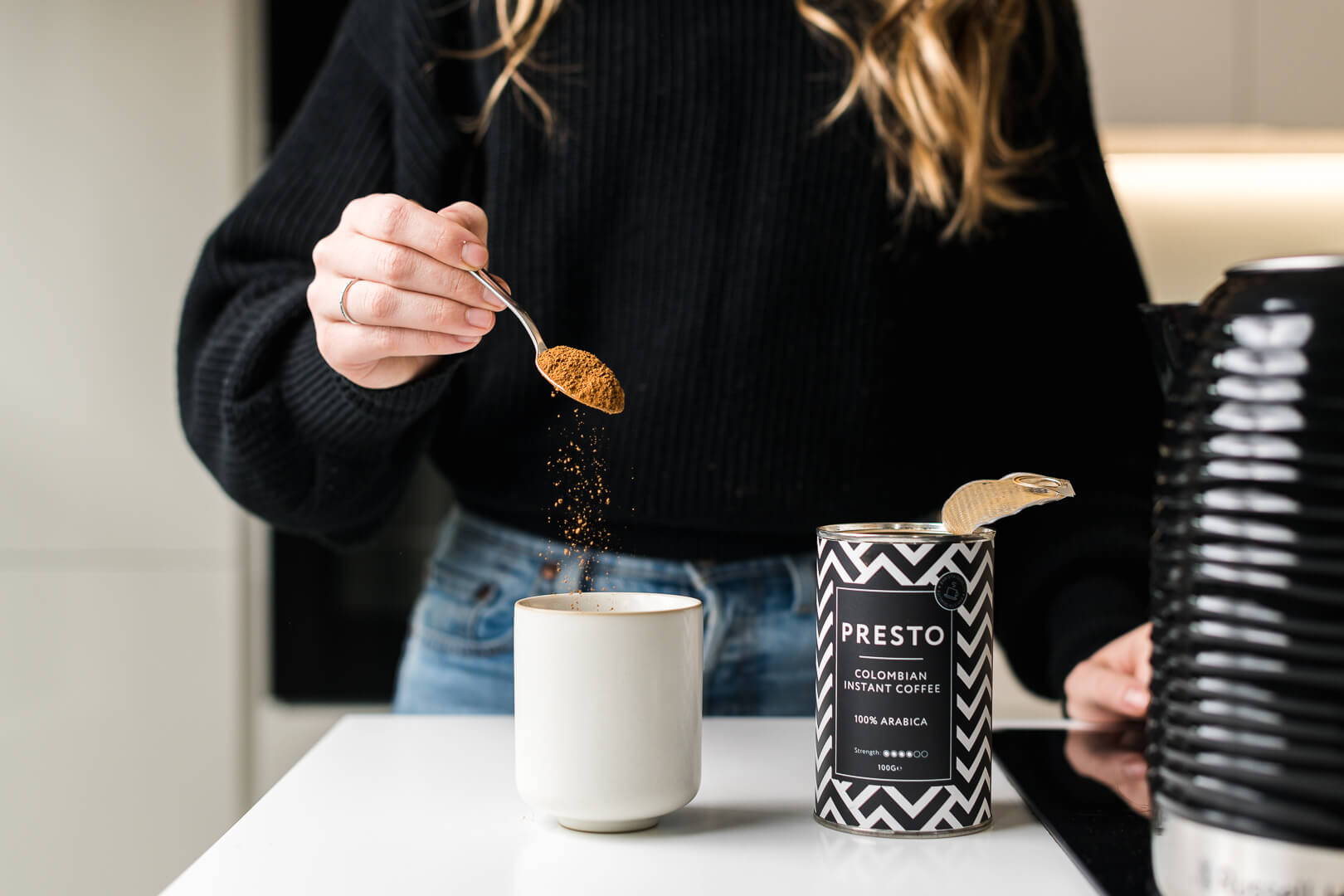 The Different Types of Instant Coffee

Like ground coffee, instant coffee starts life as a bean. It’s then picked and dried. Before finally being roasted: that’s why instant coffee still comes in light, medium, or dark roasts. Here’s where things get interesting...

The beans are ground into a fine powder, using high-pressure steam, creating a thick, syrupy mixture. That’s then dehydrated and fragmented, producing the different types of instant coffee.

Here, the coffee mixture is frozen to -40oC and then sliced into granules. Roll them between your fingers, and you’ll note the firm, solid texture. Freeze-dried coffee is regarded as superior: preserving the flavour and aroma of the original bean.

Look for granular coffee that readily crumbles between your fingers; the colour is also much darker. The fluid in the coffee mixture is evaporated with hot steam (around 248oC), then the coffee is pulverized under high pressure. Because of the high temperature, the beans are burnt, resulting in a bitter flavour. The process is cheaper, but the intense aroma of coffee is often lost. Therefore, cheaper beans are used, such as Robusta (more in a minute).

Wander down the coffee aisle in your local supermarket, and you’ll notice a new kid on the instant coffee block. It’s called microground coffee.

Neither freeze- nor spray-dried, it’s proved a revelation in homebrewing. So, what’s going on? Well, there’s a sleight of hand occurring. Unlike other types of instant coffee, microground instant coffee hasn’t been treated. Instead, it’s essentially identical to regular ground coffee.

So, why the difference?

Microground: the name tells the story. It’s been ground so finely that it’ll completely dissolve when mixed with water. After you’ve finished a mug, you’ll notice the fine particles of ground left at the bottom.

The benefits are clear. A superior tasting coffee with all the convenience of the instant brands. What’s not to like? 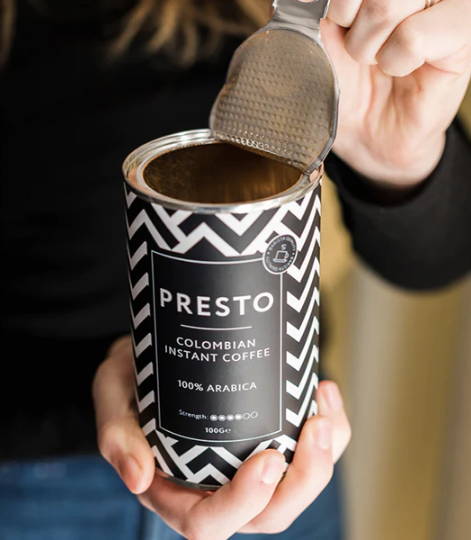 Here at Presto, we’ve just launched our latest product: a Colombian Microground, Freeze Dried Instant Coffee. This delicious hybrid of freeze dried coffee and microground offers a super silky smooth blend that has the delicious natural taste of the microground, without a gritty aftertaste (thanks to the freeze dried granules!). Like our regular espresso beans, expect rich notes of dark chocolate and almond. The roast profile is medium to dark for a brew perfect for any occasion. So, when you're bleary-eyed in the morning or you need a kick of caffeine in the afternoon, there’s no better instant coffee.

We promise you won’t be disappointed.

The answer is all in the bean...

Arabica versus Robusta: the battle of the bean

If you're familiar with coffee, you'll know that there are two main beans used...

Most commonly found in instant coffee. It’s cheap to buy, and the beans used are often old. It comprises around 40% of global coffee beans. Expect bitter flavours of smoke and pepper.

So, if you’re wondering why the instant coffee you've tried in the past had such harsh, bitter flavours, now you know: blame the bean. Given such different taste profiles, we only use Arabica beans in our instant coffee. It costs more, but the taste is worth it. 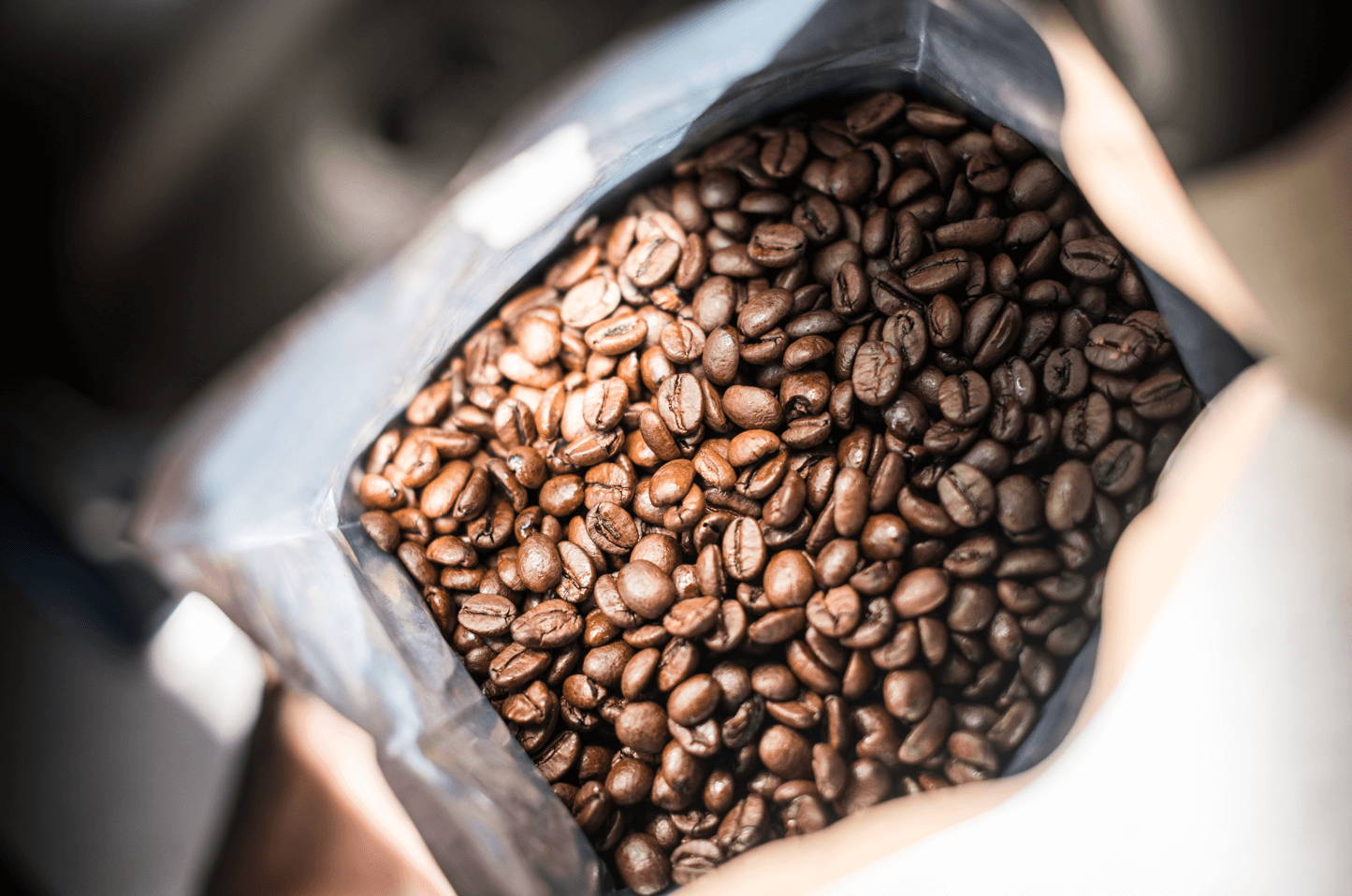 Way back in 1771, the first instant coffee brand was invented in Britain. However, it wasn’t until 1901 that Chicago chemist Dr Sartori Kato invented soluble instant coffee – the grandfather of modern instant coffee. Following the outbreak of the First World War, instant coffee was first mass-produced, sparking the term cup of joe. By 1964, freeze-drying was invented. The rest, as they say, is history.

Today the instant coffee market is worth an enviable $36 billion.

Surprisingly, around half the planet prefers instant coffee. Throughout the markets of South-East Asia or in the shops of Australia and New Zealand, instant coffee reigns supreme. For a quick cup of coffee, on-the-go, there’s no better alternative.

When you’re buying instant coffee, there are a few things to spot. Is it made via freeze-dried, spray-dried, or microground processes? What type of bean is used? If the brand doesn’t list the bean type, bet on it being Robusta.

So, don’t dismiss instant coffee. It’s come a long way since 1771: from spray and freeze-drying through to the modern wonders of microground coffee. If you haven’t got the time or equipment for a freshly brewed cup of ground coffee, try our new Colombian instant.